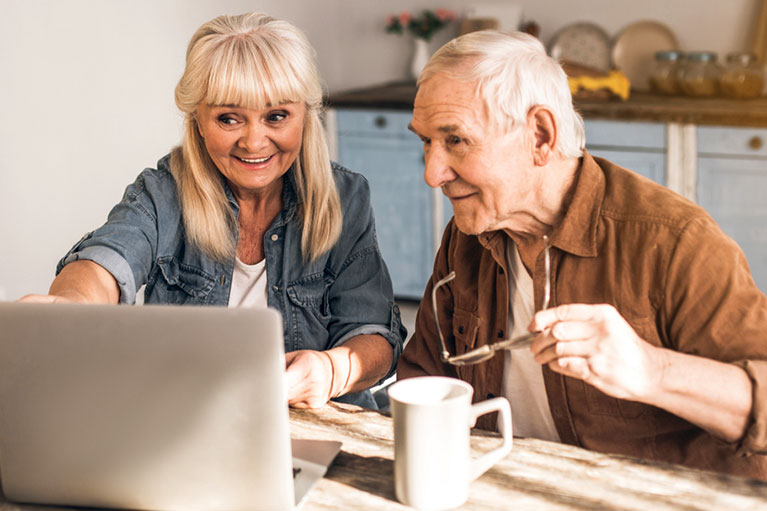 What is a Binding Death Benefit Nomination (BDBN)?

A BDBN is a notice given by a member to the trustee of their super fund which imposes a direct duty on the trustee to pay their death benefits in accordance with their wishes specified in the notice.

A BDBN can be useful where there is some doubt that the member’s wishes will be carried out upon death. This may be the case where blended families are involved or there is a need to protect a vulnerable beneficiary (such as a disabled child). Under a BDBN option, the trustee is forced into following the instructions outlined in the BDBN if the nomination is correctly prepared and executed.

In general terms, for a BDBN to be valid:
• it must be properly executed in accordance with the rules outlined in the trust deed
• it must be in writing
• it must be signed and dated by the member in the presence of two witnesses.ATO has said that carrying on a business need not be a breach of the sole purpose test (SMSFR 2008/2) (though it may be if not done properly) but it doesn’t like them and will investigate them closely.

The importance of a quality trust deed

The fund’s trust deed is critical as it determines how the trustee deals with superannuation entitlements on the death of a member, indicating whether or not a BDBN can be made in the first place.  The provisions of the deed must, therefore, be checked before considering making a BDBN to ensure it allows for such a nomination. If the fund rules do not permit it, then fund members are unable to direct the trustee in relation to death benefits via a BDBN.

What should a trust deed say for a BDBN to be accepted and have absolute certainty the prescribed people will get the death benefits in an efficient and timely fashion upon a member’s death?  Ideally, the deed should incorporate specific clauses and powers regarding the distribution of death benefits to beneficiaries via BDBNs.  The deed should be current and contain clear clauses regarding the distribution of death benefits via BDBNs. The fact is general compliance and so-called catch-all clauses are not good enough. Some people incorrectly think that if the trust deed is silent on BDBNs, the trustee would still be bound to pay the death benefits in accordance with a member’s nomination. This is however not accurate as the nomination is usually deemed non-binding and consequently, the trustee cannot be bound by it as intended under these circumstances.

A BDBN within an SMSF does not necessarily have to expire at the end of three years from signing unless the three-year lapsing rule has been specifically inserted into the fund’s trust deed. This is because a BDBN in an SMSF is not automatically required to be made in accordance with the SIS Regulation 6.17A (which includes the requirement that it expires after three years) as this regulation would only apply to large superannuation funds regulated by APRA.

It is, however, important to note that if the deed governing the fund specifically refers to the need for a BDBN to be in a form to satisfy “statutory requirements”, then it is likely any BDBN form must be in the form specified in Reg 6.17A (and therefore, expire after three years). For this reason, the trustees should always check the trust deed rather than assuming the requirements of SIS Regulation 6.17A will never apply to an SMSF.

It is our view that, unless the deed expressly allows for non-lapsing (or permanent) BDBNs, it is best to err on the side of caution and renew the nomination every three years to ensure that it remains valid. In case of ambiguity, the deed should be reviewed and amended. Also, when undertaking a deed upgrade, it is vital to review all prior deeds to ensure any existing BDBNs are and will remain effective.

For instance, a BDBN given in accordance with a varied deed would usually not be valid or binding on the trustee of the fund if any of the fund’s prior trust deed governing rules has been disregarded.Given SMSF objections cannot be taken to the Superannuation Complaints Tribunal and that any action outside the terms of the trust deed can only be challenged through relevant State/ Territory courts, failure to execute a BDBN in accordance with the provisions stipulated in the trust deed can result in a disgruntled potential beneficiary attacking a BDBN through the courts, which could prove costly and time-consuming.

The importance of BDBN being in writing, signed and dated in the presence of two witnesses

The current SIS regulations require the presence of the actual witnesses when the member signs the form. This means that it is impossible to sign and witness a BDBN electronically.  Members and trustees should, therefore, be advised to only sign and witness nominations on paper and accept paper nominations. In addition, any BDBN should be properly completed by the member prior to the form being signed.

Unfortunately, issues continue to arise from BDBNs being improperly completed and witnessed. The financial services Royal Commission heard about a husband and wife who wished to nominate each other as beneficiaries using non-lapsing BDBNs. One of the witnesses was their financial adviser, and the other witness was a customer service officer who worked for the adviser. Apparently, the couple left the ‘total benefit’ portion of the form blank and the second witness was not present when the couple signed the BDBN form. The couple’s financial adviser filled in the benefit percentages and the client initials on the documents and asked the customer service officer to sign the nominations as a witness. To further complicate matters, the adviser made a mistake by using the wrong initials, that is the wife’s on the husband’s BDBN and the husband’s initials on the wife’s. Failing to properly complete the non-lapsing BDBN creates the potential for the nomination to be invalid.

That being said, it is also worth remembering that, under current rules, recommending a client to complete a BDBN is a financial product for the purposes of the Corporation Act 2001 which means that any professional (such as administrator, accountant or financial planner) recommending or helping a client completing a BDBN not only needs to be licensed but also needs to prepare a statement of advice (SOA) to complete it.

Who can be nominated in a BDBN?

Only a person who is a “dependant” under superannuation law can be nominated in a BDBN to receive super death benefits upon a member’s death.

Under superannuation law, a deceased member’s death benefits can generally only be paid to:
• their dependants for superannuation purposes (including their spouse, de-facto spouse, children, any person who was financially dependent on them or with whom they had an interdependency relationship at the time of death and/or
• their legal personal representative (LPR).

Nominating a non-dependant (eg ex-spouse, friend, grandchildren who are not financially dependent on the deceased, etc) usually renders the BDBN invalid. A non-dependant may, however, be paid super benefits through the estate of the deceased provided their will stipulates to give their super to that person. If a member wants to nominate a non-dependant, their BDBN should direct their super to their LPR in the first instance so that it is distributed in accordance with their will and estate law.

Note the LPR, in this case, is the executor of the deceased estate (being the person responsible to attend to various tasks on behalf of the member’s estate), not the LPR who holds an enduring power of attorney granted by the member during their lifetime. This matter was highlighted in a recent decision of Cantor Management Services Pty Ltd v Booth [2017] SASCFC 122.

The court noted that the executor of the deceased’s will (the cousin) was the LPR and therefore the nominated beneficiary of the BDBN, emphasising that the brother was not the deceased’s LPR after death because his role as an enduring attorney ceased upon his brother’s death.

Any BDBN must be properly executed in accordance with the provisions stipulated in the deed in order to protect the nominated beneficiaries and bind the trustee into a certain course of action. When planning for a BDBN, all relevant legal estate planning documentation should match. To avoid nasty surprises, make sure BDBNs are reviewed and updated regularly to incorporate any relevant changing circumstances in a member’s life.