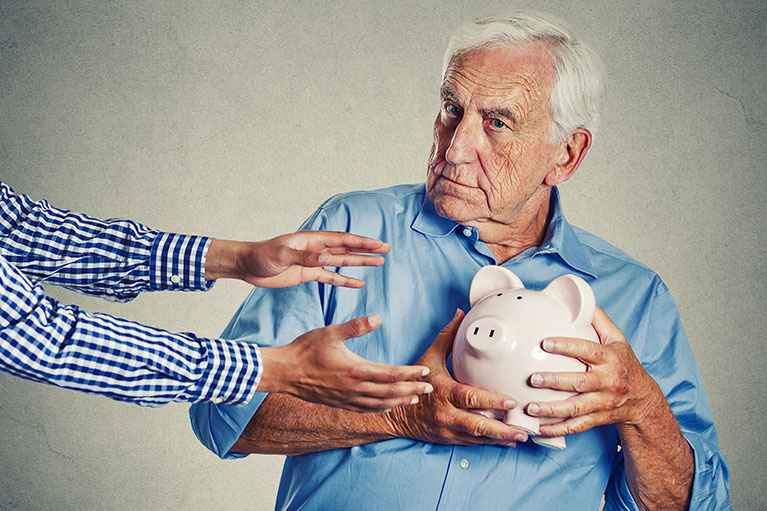 Most superannuation strategies revolve around the effective use of contributions to gradually build the amount of super savings needed to live comfortably in retirement.

As concessional contributions (CCs) are paid before tax is applied, they are included in the assessable income of the super fund that receives them. They are taxed at the fund rate of 15%, forming part of the taxable component of a member’s interest in a super fund.

As of 1 July 2017, the CC cap has been reduced to $25,000 a year for everyone. Any excess amounts will be subject to additional tax consequences.

Furthermore, from 1 July 2017, the 10% maximum earnings condition for personal deductible contributions no longer applies. This means individuals may be able to make their own personal contributions to super and receive a full deduction for the entire amount of personal CCs made (should they have sufficient personal income to offset the deduction).

Before 1 July 2017, only self-employed people whose predominant income was not from employment and those who were not employed could generally meet the 10% maximum earnings test and claim a tax deduction for their personal super contributions.

When both the employer and the employee make CCs to super, consideration needs to be given to what CCs have been made by the member’s employer(s) during the year to avoid exceeding the reduced CCs cap and having to pay additional tax. Those who have more than one job are likely to have multiple employers paying their contributions into more than one super fund, so they should check what CCs have been made to all their super funds during the year before arranging for any additional personal CCs to be paid into their super account.

With the lowering of the CC cap from 1 July 2017, it is important that members are aware of all the amounts being contributed to their fund(s) by their employer. This includes checking whether the employer pays any costs (such as insurance premiums or super administration fees on behalf of the fund) as those amounts will also count towards the member’s CC cap.

It is not enough to use payslips to track employer contributions, as they do not take into account any amounts paid by the employer towards insurance premiums and administration fees on behalf of the fund or when the contributions are received by the fund. For example, a contribution deducted from an employee’s pay in June 2017 may not be paid into the employee’s fund until July 2017, causing the contribution to be counted towards the member’s CC cap in the next financial year (2017-18).

Salary sacrifice agreements should also be revisited to ensure that the total amount of contributions made by the member and their employer for the 2017-18 financial year do not exceed the lowered CC cap of $25,000.

It is also important to note that, while individuals will not be required to meet the “10% test” from 1 July 2017, they will still need to continue to give the trustee a “Notice of intent to claim a deduction” (also known as section 290-170 notice, see here for more) indicating how much they intend to claim by way of a tax deduction for the year the contribution is made. The trustee of the fund must also provide the individual with an acknowledgement of receipt of the notice.

Catch-up contributions
From 1 July 2018, certain individuals will have the opportunity to better utilise their CC cap by making “catch-up” concessional contributions to super.

Although these rules do not come into effect until 1 July 2018, it is important to take them into consideration when ascertaining current contribution strategies to have the ability to use these rules in the future.

The new rules are generally referred to as the “unused concessional cap carry forward” rules. They will permit individuals who have a total super balance of less than $500,000 just before the start of a financial year (that is, 30 June prior year) to increase CCs for a particular year by unused amounts of their CC caps from earlier years. It is only the member’s total super balance on the 30 June of the year prior to the contributions being made that is relevant here. This means an individual who may not qualify in a financial year due their super balance exceeding the $500,000 threshold, may become eligible in a future year if their balance falls below $500,000.

It is important to note that only the unused concessional cap for 2018-19 and future financial years can be carried forward. The 2019-20 year will therefore be the first year an individual will be able to make additional CCs by applying their unused concessional cap. Furthermore, the unused amounts are only available to be carried forward for a maximum of five years and they will expire after this period.

Carried forward
When a member only uses part of the unused concessional cap from an income year, the remaining balance continues to be carried forward. For instance, if an individual with a total super balance of less than $500,000 makes CCs totalling $3,000 in 2018-19, they would have an unused concessional cap amount of $22,000 in that year. This amount could then be carried forward and contributed, say, in the 2023-24 year (in addition to the basic CC cap for that year) without the member breaching their available cap.

So, assuming no indexing of the basic CC cap of $25,000 and no CCs being made in the previous years, it is possible for an individual with a total super balance of less than $500,000 to contribute up to $150,000 (that is, $25,000 x 5 + $25,000) in a financial year without exceeding their cap. This strategy would benefit someone who has been unable to use their CC cap in full in previous years, such as women who took maternity leave or individuals with periods of high and low income (for example, primary producers).

Note that while the basic CC cap is indexed by average weekly ordinary time earnings (AWOTE) in increments of $2,500, the $500,000 total super balance threshold is not indexed.

Non-concessional contributions (NCCs) include any excess CCs that were not released from super as well as contributions for which a deduction was not claimed. NCCs form part of the tax-free component of a member’s interest in a super fund.

Essentially, from 1 July 2017, an individual must have a total super balance of less than the general transfer balance cap on 30 June of the previous year to be eligible to make NCCs. If their total super balance exceeds this cap, any further NCCs will be deemed excess NCCs and taxed accordingly.

Some of the changes to the NCC cap taking effect from 1 July 2017 will also affect individuals under 65 years of age who want to take advantage of the “bring forward” rule when making NCCs to super.

Whether an individual aged 64 or under on 1 July of an income year will be eligible to trigger the bring forward rule from 1 July 2017 will depend on their total super balance as at 30 June of the previous financial year. There are also significant changes to the bring forward NCCs cap and the number of years over which an individual has to use it. The “bring forward” option can be triggered to allow up to two or three years of future contributions to be brought forward, giving a bring forward cap of $200,000 or $300,000.

As making large NCCs under the bring forward rule now is likely to affect a member’s ability to contribute large CCs in the future under the catch-up rules, some individuals may be better off not making NCCs now (and, subsequently, increasing their total super balance above the $500,000 threshold) to enable them to use the catch-up rules to make a large deductible contribution in the future.

Making additional voluntary contributions pre-tax, rather than post-tax, would bring useful tax savings to an individual who has a higher marginal tax rate in the year the larger personal deductible contribution is made, as they could claim a larger tax deduction in their personal tax return and, as a result, pay less tax that year.

In addition to the above, it is worth remembering that those between 65 and 75 will only be able to make voluntary super contributions so long as they meet the work test. The work test applies to both CCs and NCCs, requiring that a person must work 40 hours in a 30 day period in the financial year the contribution is made.